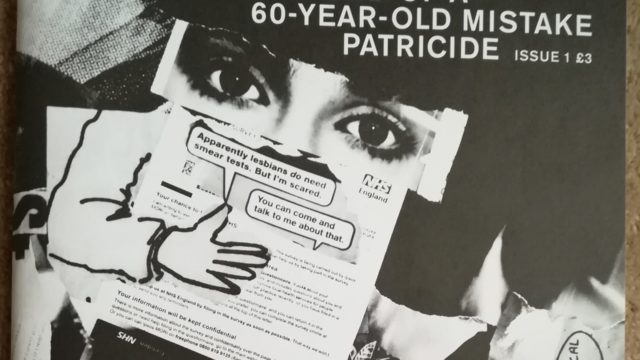 The end of a 60 year old mistake, Patricide

Patricide is a zine largely about legacy, the title for this first issue comes from Jeremy Hunt’s divisive remark and continued dismantling of National Health Service in the UK. Patricide issue 1 is a patchwork of commissioned and existing texts and images. Major contributions include Loraine Leeson’s images and an interview about her project within the 1978 Bethnal Green Hospital occupation; Nat Raha, Transfeminine Brokeness; Lisa Selby, For all addicts and people with mental/physical health issues, being fucked over; Raju Rage, TechnoGender and other contributions from Angry Workers of the World; Docs Not Cops; Martha Rosler; Elisabeth Subrin; Elsa Richardson; Rahul Rao…

This first issue is co-edited by Nicola Guy, designed by Maeve Redmond, commissioned by Nottingham Contemporary as part of their core program and supported by Arts Council.