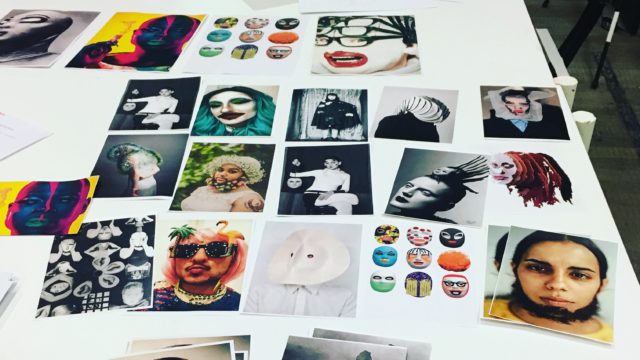 Objects/materials influence how we construct and express gender through our bodies. Creating sculptural pieces that can be worn and embodied/ performed and photographed in public in the gallery space as selfie interventions. Using printed and projected examples of artists who use sculpture and objects along with their body to manipulate, create, interrupt gender: